Get to Know More About Cobra From The River

Presley Chweneyagae (born 1984 in the North West Province Mafikeng, South Africa) is a South African actor of Tswana origin. He starred in the film Tsotsi, which won the Academy Award for Foreign Language Film at the 78th Academy Awards. His mother, Agnes Keagile named him after her favourite singer, Elvis Presley.[citation needed] Although he had acted before in plays, Tsotsi was his first feature film. His most recent role is on the South African telenovela, The River as Thuso “Cobra” Mokoena.

You may like:10 Must-See Photos of Connie Ferguson VS Sindi Dlathu Slaying In 2020

He has recently been focusing on stage plays and more films. His latest films include More Than Just a Game, State of Violence and Africa United.

He is currently doing a play about Solomon Mahlangu, a former MK cadre who was hanged at the age of 22.

Presley is a South African actor and a lot of people know him as Cobrizi from The River.

Presley has been in the entertainment industry for more than 20 years now and he has started acting when he was very very young.

He is well known from the award-winning mzansi movie called Tsotsi wherein he was star lead in the movie.

Cobra from The River Family in real life

Presley is happily married and has two boys in his marriage. Presley keeps his personal life very private and only shares a few pictures on his Instagram page. 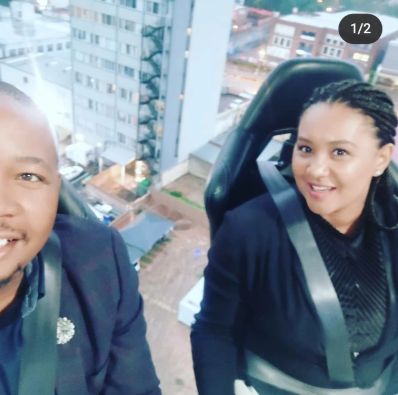 Tv Shows He featured in

Pictures of Cobra from The River