Gugu Gumede is a South African actress who was born in KwaZulu-Natal, South Africa. She is well known for playing the role of “Mamlambo” on Uzalo. She plays a part of being a Sangoma as time passes she marries Masoja Msiza as ‘Nkunzi’ in the process. Lately, the actress has been trending so much with her latest look on social media.

In real life, Gugu is well known because of her mother who is a freedom fighter and prominent politician in South Africa. She enjoys acting and loves God, family and the church, something we think you should know.

You may also like: Actors Salaries: MaMlambo From Uzalo’s Salary Revealed 2021

Mamlambo from Uzalo, whose real name is Gugu, was born in 1992 which means that she is currently 28 years old. Her birthplace is Kwazulu Natal, and she was born to prominent parents, her dad being the late Simon Hulumeni Gumede and her mama is the celebrated freedom fighter, Zanele kaMagwaza-Msibi.

It has now been a while since the actress posted her beautiful pictures on social media, especially, twitter. It seems like she is busier these days.

As we all know her, Gugu is natural African beauty and she is loved by many people for her great talent and beauty, as it wasn’t expected of her, the actress currently took to her social media to post a very beautiful picture of herself that left her followers in a frenzy. 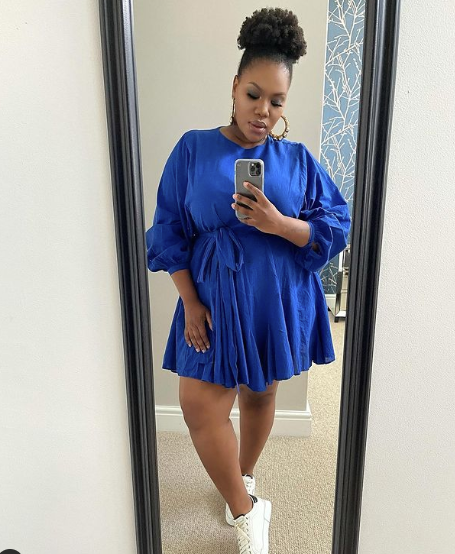 “checklist for a pic to look “cool” on the small mirror in my bedroom: healthy natural hair. cute blue dress. iPhone 12 Pro Max from @dondastore. visit @dondastore for all the latest gadgets at great prices and fast delivery.” Gugu is a very beautiful young woman and she is definitely what we call a true definition of Natural beauty. Share your opinions, like and kindly share. she said.