According to what’s happening now, it seems like it’s also the end of Qhabanga Khumalo on Uzalo as he recently killed his wife Gabisile after she confessed that she was the one who killed Khehla and Nomcebo. If you’ve been following Uzalo episodes, you’ll remember that Gabisile planned a church service where she was going to confess to the whole congregation but Qhabanga stopped all of that by killing her and rolled her with the blanket.

You may also like: Uzalo Is Bringing Back The Following Actors, Check Here

Things have been tough because we all know Gabisile as Umamfundisi and Qhabanga as the pastor, however, it seemed like they have just turned into murderers.

Detective Mpambani is suspecting that Qhabanga is the one who killed Gabisile but he doesn’t have enough evidence to prove all that.

It looks like things are getting even tougher on Uzalo, let’s continue watching to see more as the story unfolds.

So, what’s happening now is proof of the news that was circulating late last year about Baby Cele (Gabisile ) leaving Uzalo. However,the good news is that Uzalo is planning to bring back some of the old actors to the show.

Actors Who Are Coming Back To Uzalo in 2021

The drop in viewership of SABC’s Uzalo has forced the production to change their minds and bring back its former actors to boost their ratings. Lately, Uzalo has been receiving a lot of criticism from the fans because of it’s the boring storyline. We can all agree that the departure of its loved actress, Thandeka Dawn King, who was one of the main characters of the TV shown has impacted negatively on their viewership.

You may also like: SASSA R350 Grant 2021:Who Qualifies, How To Apply and Check Application Status

Actors Who Are Leaving and Those Coming Back To Uzalo

Lately, we have also seen that Baby Cele also has left the show as her on-screen character, Gabisile has been killed.

But, the good news is that Uzalo has taken a huge dip in ratings and decided to save the show. The TV Shows’ producers have called on old members of the cast. This is after social media users expressed that they are not really feeling the show any more.

Khaya Dladla, who played GC, told the Daily Sun that he will be returning to Uzalo. Also, we got to hear that Nay Maps (Mxolisi) and TK Dlamini (Mastermind), are also coming back to the show.

Baby Cele, who had an interview at Ukhozi FM has also made a confirmation that Mxolisi, GC and Mastermind are coming back to Uzalo.

“Good news for Uzalo actors as GC, Thobile, Mxo and Mastermind is coming back to the show,” she said. 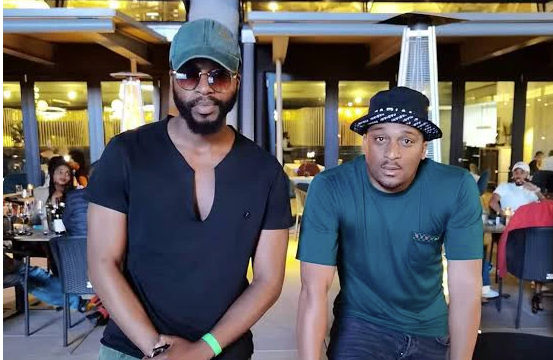 As viewers of the show,we are so excited and can’t wait to see them back on our screens.

Top 10 Hottest Muvhango Actresses in 2020,Who Is Your Favouite?

Top 10 Hottest Muvhango Actresses in 2020,Who Is Your Favouite?